At PAM, building careers has always been our focus, putting an emphasis on helping new drivers by giving them plenty of opportunities to gain experience, increase their earning potential, and develop as professionals.

This shows in the way PAM has created a number of programs designed to provide drivers with options and maximize their earning potential with the ultimate goal of achieving the right work-life balance for wherever they find themselves in their truck driving careers.

PAM prides itself on giving new drivers — students who have just earned their CDLs — a start to their truck driving careers.

Most carriers avoid these recruits, requiring a minimum of three months of OTR experience. And while some take them on, they often put them on the road without any supplemental training. This leads to frustration, failure, lost licenses, debt, and danger for the drivers and everyone else on the road.

PAM’s solution is simple: a driver mentorship program. Student drivers at PAM are placed under the care of a seasoned driver who shows them the ropes and makes sure they have all the skills they need to operate on their own as professional truck drivers.

Meanwhile, the experienced drivers who serve as mentors get a series of earnings boosts that really add up: pay for all miles their students drive, and a bonus for every student they mentor to success. All told, it can add up to more than $20,000 more per year.

Marion Foote has seen both sides of the mentor program. She joined PAM as a student driver and then became a mentor once she’d earned her stripes. “I went through truck driving school, did my orientation, and then went out with my mentor, which was a fabulous experience,” Marion recalls. “PAM allows you to work with what works best with them and what works best for you . . . I’m banking money. I kind of like that about being a mentor; you can do that.” 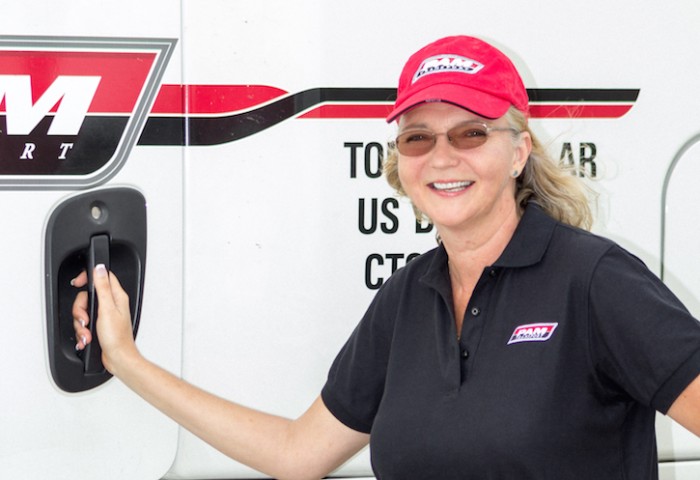 But for Marion, the mentor program isn’t just about pay; it’s bigger than that. “The support that I’ve gotten from PAM has allowed me to grow as a driver,” she explains. “It’s allowed me to grow as a person.” In fact, Marion recently moved from the truck to the corporate office where she now brings her professional experience to bear by training the trainers as a Fleet Mentor.

Once student drivers have graduated to first seat and can drive on their own, PAM encourages them to take up team trucking, which continues to give them a second set of eyes to fall back on as they continue to advance in their truck driving careers.

Teaming also gives new drivers a huge earnings boost over what they could make as beginning solo drivers. To start, PAM teams are part of priority planning so they stay moving with plenty of miles.

Second, first-year drivers running as part of a Hazmat team can make in the neighborhood of 42 percent more than a solo driver with the same experience. And getting the Hazmat endorsement won’t cost a driver a dime since PAM reimburses its drivers for the standard Hazmat licensing fees.

Take Todd and Penny Sheneman, a married team that drives Hazmat for PAM. When they signed up, Todd already had already had a Hazmat endorsement on his license for years. This convinced Penny to study for the exam so they could have more options as a Hazmat team.

“The main benefit is that we get a lot more loads than a lot of people do,” says Penny. “Because there are a lot of loads that they need a Hazmat team to pick them up.” 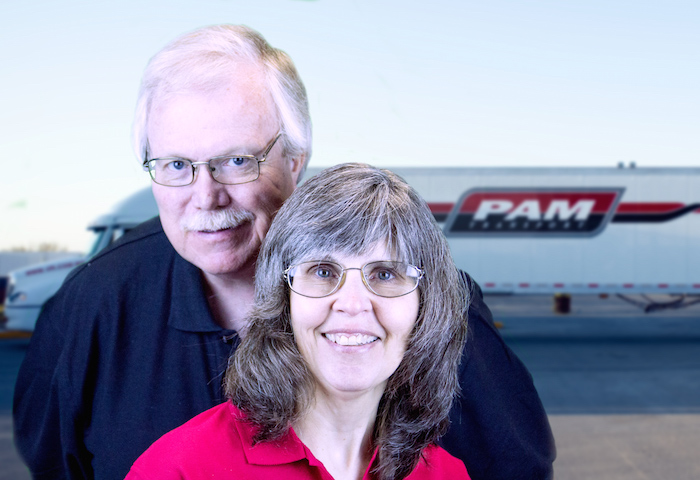 “Even if they don’t have Hazmat,” adds Todd, “they want a Hazmat team in there just in case you’re hauling Hazmat. The thing is, we can do those loads and we can do non-Hazmat loads, too. I mean, you get paid the same either way. . . . so we’re getting more loads and getting paid more.”

For drivers who can’t take their families on the road, home time often becomes a big concern.

Once drivers get to this stage in their truck driving careers — where they want more of a routine, including steady pay and a regular home schedule — PAM will work to find a spot for them in its growing network of dedicated lanes, which crisscross their whole operating territory and typically offer two days home per week.

What’s a driver to do with all that free time at home? Well, longtime PAM driver Randy Magers raises champion quarter horses at his ranch, Running M Quarter Horses in Comanche, Texas. So far, he’s got two in the American Quarter Horse Association Hall of Fame. 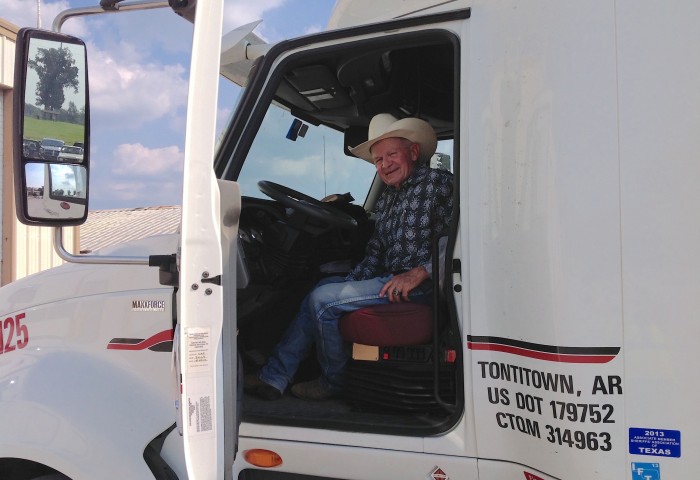 A Clear Path to Becoming an Owner Operator

While not every PAM driver owns their own ranch, PAM encourages drivers to invest in their own businesses by becoming owner operators through its lease program.

Joining the PAM lease program and becoming an owner operator who drives a dedicated lane was a great career move for Melvin Banister, giving him flexibility, freedom, and a nice take-home. “As long as you get your load there on schedule, you can do what you want,” he says. 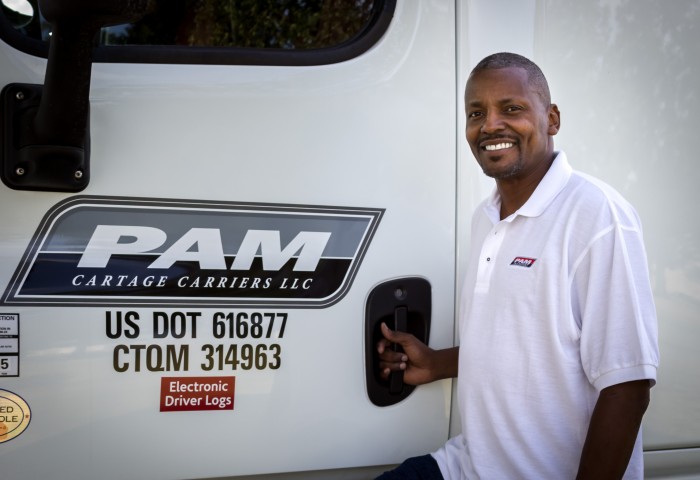 And isn’t that what everybody wants? To make good money and find that work-life balance where you feel like you’re working with the company you keep, rather than for it? At PAM, that’s the goal: to help drivers build fulfilling truck driving careers.