Tom served stateside in the USAF as a military police officer. He’s been with PAM Transport since 2003 and has been a top performer in the Mission MPG program, winning lots of prizes over the years including the 2012 grand prize Harley Davidson motorcycle. 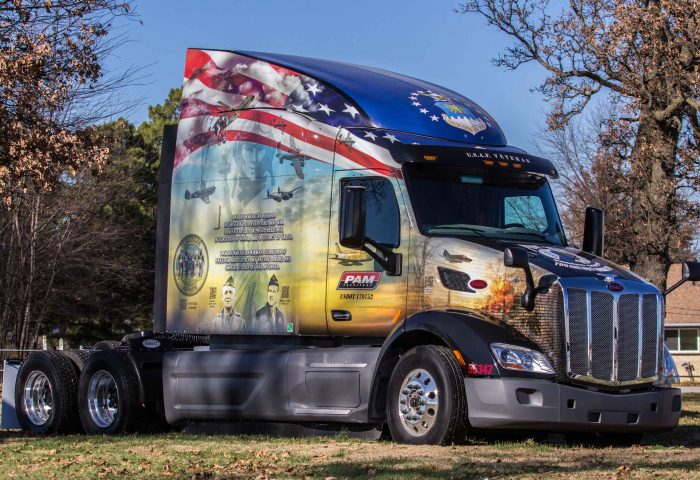 The artwork on each of Patriot Ride Fleet trucks begins on the passenger side, at the very top back corner, and works its way around to the driver side of the truck. It commemorates key milestones in the history of each branch of the military. For the PAM USAF Patriot Ride truck, here are the unique sections:

Birth of an Air Force 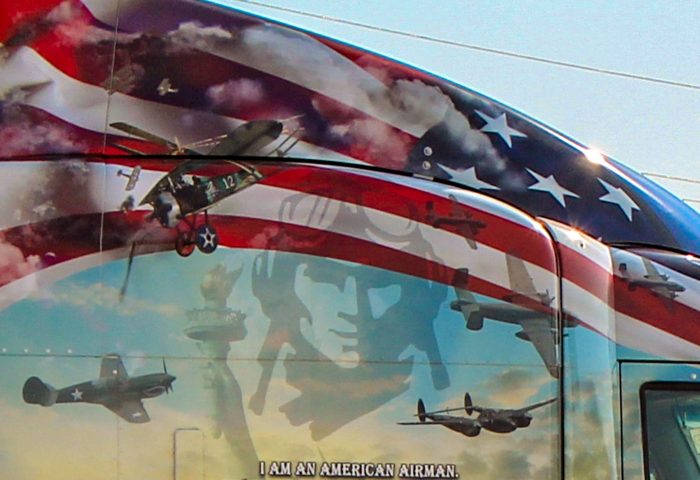 From the early days of observation and intelligence gathering to the development of aerial warfare, most aircraft fell under the control of the U.S. Army Air Corps until the birth of the U.S. Air Force on 18 September, 1947. 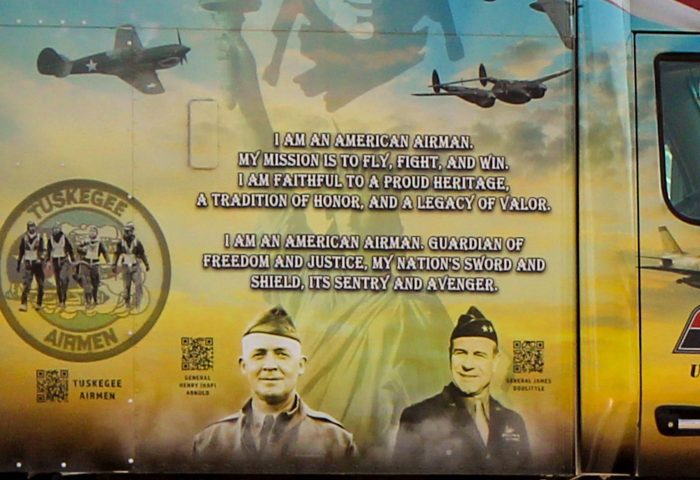 Through people like Happ Arnold and James Doolittle, and groups like the Tuskegee Airmen, our Air Force has a rich history of overcoming obstacles for the quest of air superiority in defense of America. 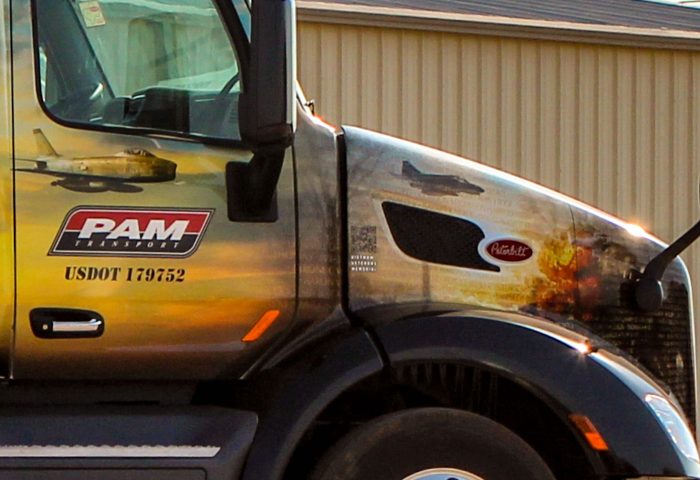 Whether it was the growl of a P-51 Mustang, the whoosh of an F-86 Sabre, or the screech of an F4 Phantom, air support is always a welcome sight. 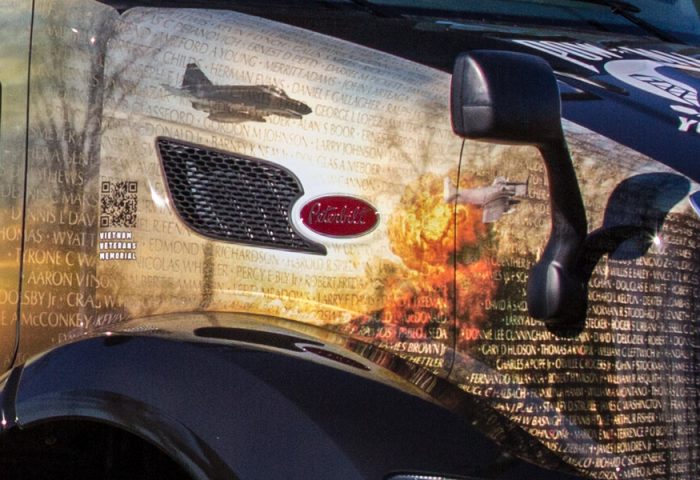 Ground troops aren’t the only names on the Wall. Here we pay tribute to all the pilots and airmen who fought to own the skies and support those on the ground. 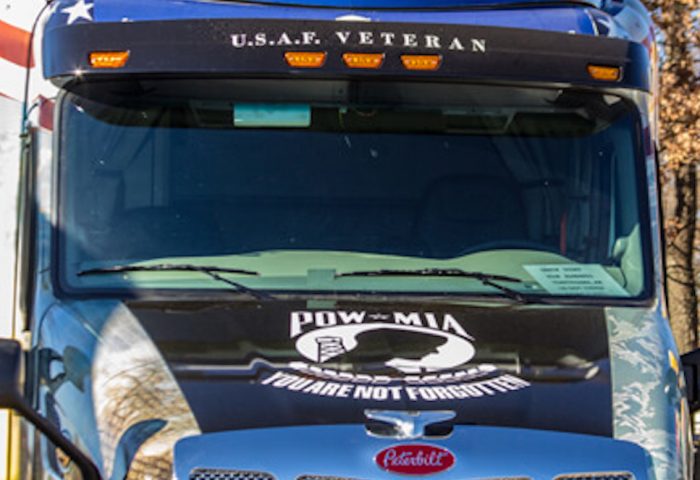 There are still American service members who have not returned home from their respective wars. We fly this flag to remind our citizens that “out of sight” should never mean “out of mind.” Thousands of men and women work hard every day to find, identify, and return our lost & missing soldiers to their country — “You are not forgotten.” 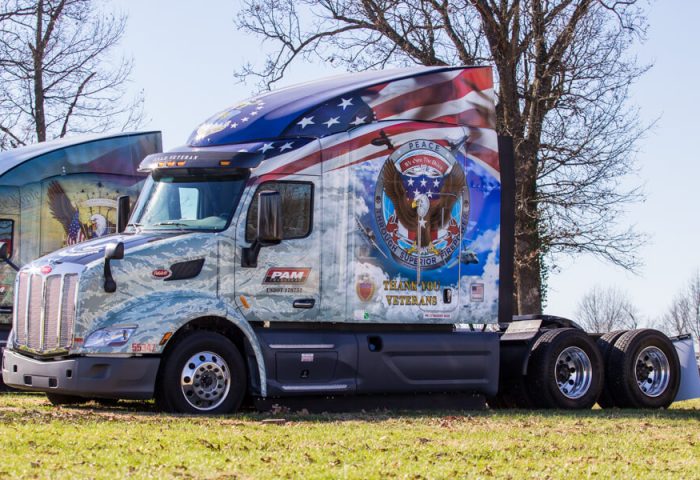 Pilots get most of the attention, but they all know that without their ground crew and support personnel their planes would never leave the ground. A tremendous thank you to the unsung heroes that work behind the scenes to keep us safe from above.

We Own The Skies 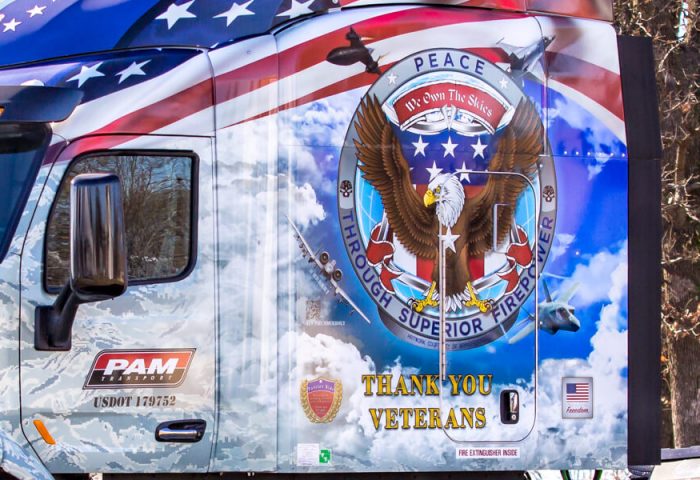 We displayed some of the most iconic USAF American aircraft on this truck. Do you know what they are? 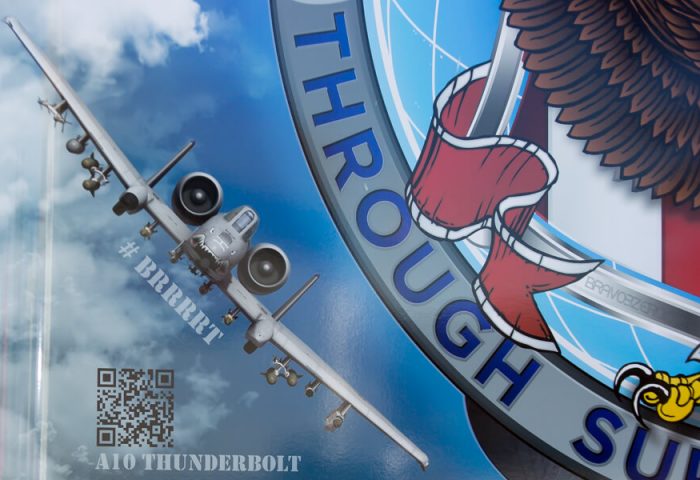 The A10 Thunderbolt, also referred to as the “Warthog” because of the sound made by its 30mm Cannon, is a beloved aircraft not just to the Air Force, but by ground troops who depend on it for close air support. 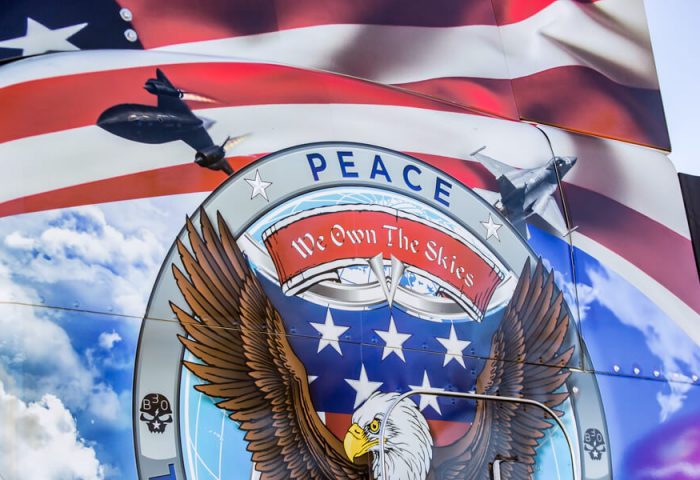