“When you first join a driving team, it doesn’t take long to realize the biggest benefit is that you have someone nearby who always has your back,” says Jon Tomandao, Irregular Route Operations Manager at PAM Transport. “Driving as a team brings its own rewards.”

All the teams Jon manages have been together for several years because they enjoy the many benefits of sharing the road, such as having a partner to take the wheel when it’s time for a rest break. His drivers tell him the road feels a lot less lonely when you have someone nearby to ask for advice or to help spot when backing a load.

“Solo drivers have shippers, managers, and office staff they can go to for help, but when you’re on a team, you have help that’s almost always available,” he says.

It Pays to Partner Up

“This pay increase during peak season is a big deal because teams can easily cover 5,500 miles in a week,” says Jon. “That can add up to some significant holiday cash!”

“If you’re not sure about teaming and just want to try it out, we now have six-month teaming contracts available,” says Jon.

PAM teams are also part of a priority, expedited division. This means they have first dibs on priority loads.

“Driving teams are placed in the key areas where the most freight gets picked up, so teaming gives you more earning power,” says Jon. “Teams can also get more consistent planning and pre-plans to get them back quickly for priority loads.”

Whether you’re fresh out of school or an experienced OTR driver, finding the right “fit” to team with can be a daunting challenge. Jon advises drivers to consider partnering with someone they met in school who may live near them. Don’t have any partner prospects? PAM can match teams who live within 150 miles of each other, or find a convenient place for both drivers to meet, depending on location requirements.

After drivers pair up, Jon goes over expectations for the job and helps the team choose their preferred lane, such as a Dedicated OTR lane.

“With Dedicated OTR lanes, a typical run will involve picking up your team load in the southeast, then delivering the load to California,” Jon says. “Then you’re picking up a load in California and delivering it to the northeast.”

There are also Dedicated Customer lanes, where pickup/delivery locations can vary, as these lanes are dedicated to each route’s specific needs, rather than just taking loads from point A to point B.

For a change of pace, teams can opt for a Random Fleet Lane, where the runs are less static, typically around 10 loads a week. Jon says these fleets serve as “location gap fillers,” such as taking a load from North Carolina to Georgia. That run may be a “gap” for a load that needs to go from North Carolina to California.

“As I noted earlier, there’s more earning potential for lanes in our team priority divisions,” says Jon. “I make sure our new team drivers understand how much they can make per mile. I like to say I engage about 1,000 miles in about 20 hours of on-boarding. That’s just ‘truck talk’ for getting our new drivers on board from point A to point B.”

After choosing a driving partner, Jon says becoming a true “team” is similar to creating a successful marriage. But like some marriages, not every team relationship works out.

“When it comes to team driving, if your first partner doesn’t work out, that’s okay,” says Jon. “We can always help find you a new partner. It can take time to build trust between you and your co-driver, and PAM can help you build that long-lasting relationship.”

Jon says many of his team drivers have built friendships and professional partnerships that have continued even after they no longer share a truck.

“Sometimes our drivers may stop teaming because they are ready for more home time,” he says. “But they leave the team with a long-lasting friendship that goes beyond the road.”

This kind of team building can also open doors to new job opportunities. With PAM’s Driver Mentor Program, a new driver can team with a more experienced professional. The mentorship helps the new driver develop the skills he or she needs to grow a career in transportation. In turn, the more experienced driver gains critical training skills that can eventually lead to a management position.

“Teaming in the Driver Mentor Program is just a great career opportunity for both drivers,” Jon says. “We provide all the training our drivers need to be a mentor and then our mentors can train others.”

Why Now Is the Time to Team at PAM

“Now is a great time to partner up because of the .09cpm increase until December 31,” Jon says. “Having extra cash in your pocket is a great way to start the New Year!”

But it’s not just the extra pay that draws drivers to teaming. Jon says the miles seem a bit shorter with a companion, whether it’s a spouse, family member, friend, or PAM-provided partner.

“The extra pay is great, of course,” Jon says. “But teaming also improves the overall driving experience. As a PAM team driver, your partner always has your back and you’ve got this whole administrative building and multiple terminals ready to help you in any form or fashion. You’re part of a family with PAM, so even if you’re a solo driver, you’ll never feel alone on the road.” 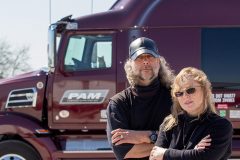 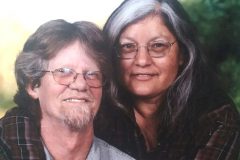 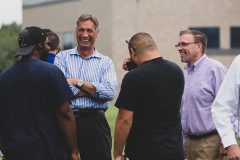